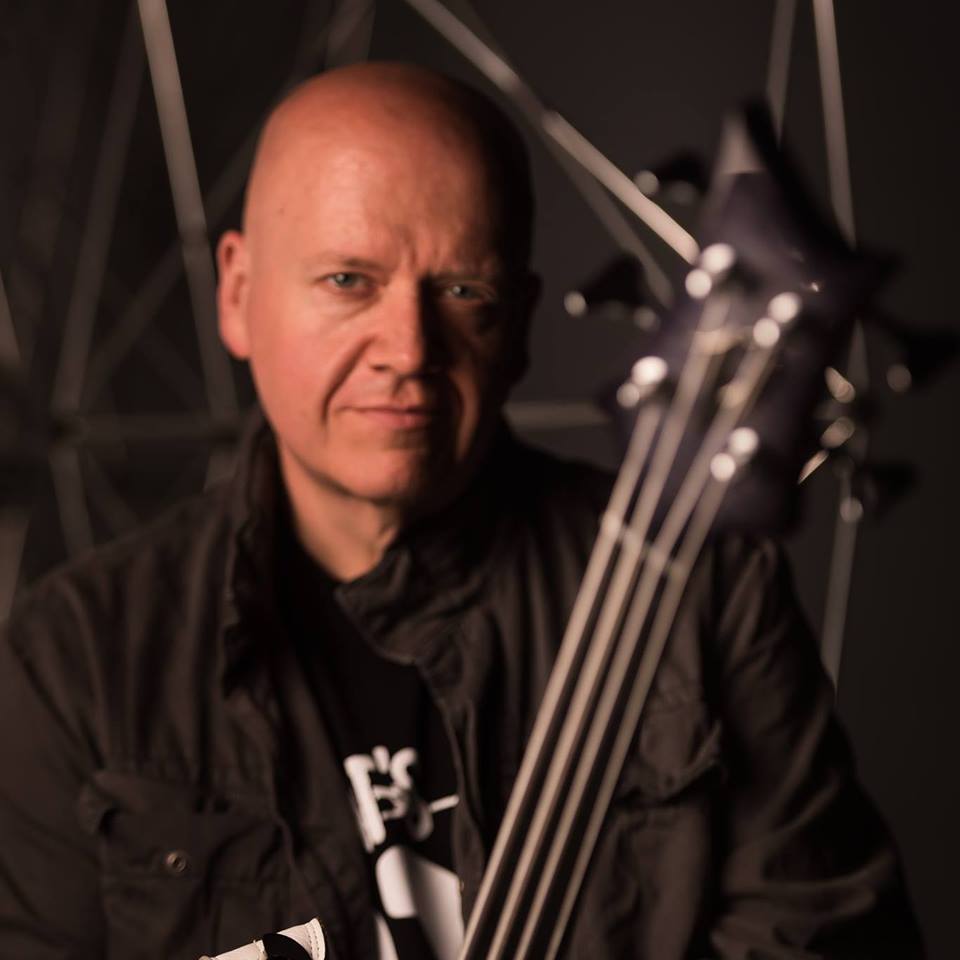 My band The BNC will be releasing our first single June 19th! Here is a preview of our song “First Day of a New Life”. Full length video coming soon! For now drop by our website, like and subscribe to our YouTube channel, and sign up for our mailing list to be kept in the loop on live performances (streaming and otherwise).

Had a great visit to Winter NAMM 2020. Travelled to the show with some good friends, caught up with all those I only get to see once a year. Visited with my friends at Hartke, Vigier, Journey Instruments, and Temple Boards.

Vigier celebrated 40 years this year! Congratulations to Vigier and thank you for making the finest basses I’ve ever played and will continue to play. As always I’m honored to go to NAMM as an artist with Samson/Hartke. Two highlights for me this year were the Grand Rally for Music Education Saturday morning with Bobby McFerrin and the Gruv Gear party Saturday evening. Bobby McFerrin and Gimme5 were amazing! Prior to them taking the stage was an a capella ensemble from UCLA who reminded me of Pentatonix. Fantastic peformance!

The Gruv Gear event Gruv Live was a blast! This was a great event supporting DW’s foundation and showcasing some very talented young musicians followed by Virgil Donati and Henrik Linder’s bands.

Looking forward to next year! Here’s to a great start to 2020!

NAMM 2013 was a blast!  A highlight for me was meeting the fine folks at Vigier Guitars. Not only are their instruments a real visual work of art but they feel and sound amazing! Even with all the other manufacturers displaying some beautiful instruments, I found myself gravitating back to the Vigier booth. That transparent black 5 string “Passion” bass was calling me ;-). Vigier hosted an event at the Crowne Plaza Anaheim featuring some of their artists such as Bumblefoot, The Aristocrats, Cut the Funk,  Thank You Scientist! Amazing players all around. Great instruments, great people. Looking forward to ordering my Vigier 5 string bass very soon.

Also got to try out some very interesting instruments.  The Pratt 11 and 18 string basses were surprisingly easier to play than they looked.  I had to try the 18 (two octave strings for each fundamental) since I’m a huge fan of the sound of a 12 string bass with the octave strings.  The 11 string really surprised me with its wide yet thin neck.  I think the Novax fanned fret system incorporated to that bass certainly helped in its playability.  I don’t see myself playing either of these basses in LoNero’s music but if inspiration strikes and calls for that many strings, who knows?

Finally I got the chance to try Orange Amplifiers!  After a brief chat with one of the reps I was invited into the demo room.  There was a Fender P-bass available to try out the amps.  The first one I plugged into was the AD200B MKIII head driving the OBC810 cabinet.  I have to confess, I’ve never played through an all tube bass head before.  One word…WOW!  Such a rich bass tone.  The tradeoff for that kind of tone and power is weight.  That head alone is a beast weighing in at around 57 lbs.  Doesn’t sound like much but if you’re touring and loading amps in and out of venues daily it can take a toll.  The rep even said for many this was the kind of amp a lot of guys just leave in the studio 😉  The other amps I tried at Orange were the Terror Bass 1000 hybrid tube/solid state head.  Could definitely hear a difference from the all tube head but still a nice warm tone from a head only weighing 11 lbs.  This head was driving the OBC115 cabinet.  Equally rich tone.  Finally I plugged into the Terror Bass Combo.  It uses the Terror Bass 500 head in a 2×12″ speaker combination.  The speakers are in an “isobaric” configuration which places the second speaker right behind the other both facing forward.  Not sure of all the science behind it but all I can say is tons of power and tone in a compact configuration.  Pair that with another 2×12 and you’ve got a mini monster rig.

After months of emails, I was happy to finally meet our friends at Dunlop.  I love their bass pedals.  Spent some time trying out the MXR bass pedal line.  The MXR M288 Bass Octave Deluxe has to be the best bass octave pedal I’ve tried hands down.  Check out my good friend Uriah Duffy’s review on this pedal.

Speaking of Uriah 😉 we got to catch up a little while he showed me through the line of TC Electronics bass gear.  First thing I have to say about TC gear, pure genius.  A ton of power and just the right features in a lightweight package.  Options for the rig setup are almost limitless as well.  You can put together the massive stage rig driven by the Blacksmith amp which is surprisingly lighter than it looks. Uriah pulled off the other amp which was sitting on the Blacksmith and said “go ahead”.  I was expecting a 50+ pound amp and lifted it off the cabs with hardly any effort.  If you don’t need the power of the Blacksmith you can take one of the smaller heads like the RH750 or RH450 and put together any combination of cabinets (2×10, 2×12, 1×12, 4×10, etc..)

Samson/Hartke/Zoom had some great products on display. I was looking forward to seeing the new KILO 1000 watt amplifier from Hartke but unfortunately didn’t get to plug in. I was able to spend some time with one of the reps and got some great information about the line as well as where I can take them for a test drive.  Stuart Hamm was there to demo the HyDrive cabinets.  He sounded amazing as always.  The one bass product Zoom had on display was the B3 Bass effects and amp simulator pedal. Exactly the kind of unit I’ve been looking for to record and practice at home.  It has USB for connection to your computer for tweaking amp and effect models, programming patches, and as an audio interface to record direct to your computer with the included Steinberg Sequel LE recording software.

There was much, much more but those were the real highlights for me on this trip to NAMM.  The whole band went this year and everyone had a great time.  We’re looking forward to NAMM 2014!

Promote your mixtape at ReverbNation.com